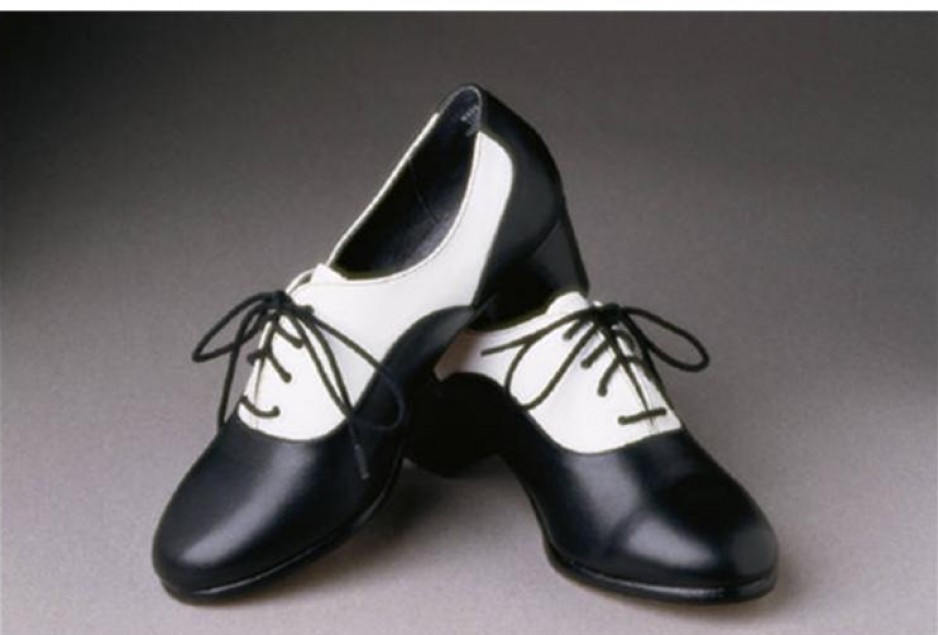 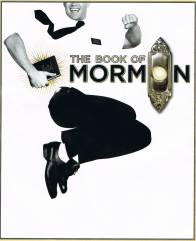 The Book of Mormon sold out its earlier run at Seattle’s Paramount Theatre the last time it was here. It’s now back, for a run from July 22 to August 10, 2014. It’s second run is another sellout–at least the theater was the night that Handsome Hunk and I attended. Bad news for those who sneezed or dozed off during the five minutes it took for the run to sell out.

Those who were able to see the show enjoyed a great production of a great show. BOM is definitely a fresh and timely look at the intersection of ideological principles and the real world.

I’d never seen the show before, and we hadn’t watched very much of South Park, the subversive TV show created by Trey Parker and Matt Stone, who co-wrote book, lyrics and music. The other co-writer, Robert Lopez, was one of the creative talents behind Avenue Q, which I like. Lopez has also received Oscar and Golden Globe nods for his work, and has also raked in a few Emmys as well. In other words, this show does have a pedigree.

On many levels,  it deserves its accolades, and I agree. The book is complex, sophisticated, and definitely didn’t go where I expected it to. But here’s the most important point in its favor: while I’m definitely not a fan of the LDS church, I’d hoped they were not painted as simple bad guys or buffoons. Here, they are most definitely not; in fact the Mormon missionaries around whom the story revolves are handled quite sympathetically.

The plot is simple: Two Mormon missionaries, 18-year-old boys actually, are sent off on their two years of missionary duty, to Uganda to convert the natives. There, they meet up with the other missionaries there, but no one has had any success with converting the natives armed, as they are, with only their Book of Mormon and their rehearsed scripts. What unfolds is a coming-of-age story for the two as they each learn what really matters.

Life, you see, especially in Uganda, cannnot be reduced to dogmatic, ideological principles or a series of canned responses. You cannot “save” people if you’re going to use theology painting them as inferior. The boys’ missionary work succeeds only because they have to throw out their rigid, out of date doctrine, and explain their faith in a manner relevant to the Ugandans.

The two boys are adeptly played by Cody Jamison Strand, as the plump, awkward Elder Cunningham and David Larsen as  his cool, composed idol, Elder Price (whose first crisis of conscience occurs when he realizes he won’t be a missionary in his first choice, Orlando, Florida). Matching them in the song-and-dance department are the Ugandans,  including: Denee Benton, as the equally innocent Nabulungi; James Vincent Meredith, as her father, Mafala; and David Aron Damane as General… er…just as the “General.”

The songs are lively and diverse and the cast, both ensemble and solo, delivers with with energy and heart. The opening song, “Hello”, very nicely sets the stage. In some musicals, such as Fiddler on the Roof or Damn Yankees, this opener  is the hook which makes the show magical. It doesn’t always work, but somewhere in the first act, one song needs to do that. In Hairspray, it was “Momma, I’m A Big Girl  Now.” In this show,” Turn It Off” turned it on for me. As it ended, I fist-pumped and said, “Yes! I’m so here.”

Other songs of note: Nubulungi’s “Sal Tlay Ka Siti” was just as touching and poignant as Audrey’s sweet “Somewhere That’s Green”, from Little Shop of Horrors (repeat the title several times real fast and you’ll get it). The real winner was the second act’s “Spooky Mormon Hell Dream”. Elder Price’s fears stopped the show in a major production which was sweetly naive,  wickedly hilarious, and hard edged satire, all at once.

That recipe was a difficult to pull off. The fact it succeeded is an example of the skill, talent and sheer ballsiness of a show which can make a punchline out of “Jesus thinks I’m a dick.” It’s actually satire, but like all good satire, it transcends its limitations and becomes an endearing, lasting piece of art.

It’s that tightrope the entire  show balances upon, and there’s not a misstep along the way. The language is vulgar, but, again, Parker and Stone make them into punchlines, creating the real vulgarities out of frozen ideologies and irrelevant principles, and the real obscenities out of the routine circumcision of women, for no other reason than male power.

The whole cast and crew bring a delightful, loving and hard edged story to energetic life. It’s as gleefully subversive as Chicago and just as much fun. If you haven’t been able to see it yet, don’t worry. These Mormons will be back on our doorstep again.

EVENING OF ONE ACTS DELIVERS WINNING SHOW FOR ACT